Although our general plan is to drive west, we couldn’t quite bring ourselves to drive all the way across Texas, so instead we decided to head north to Oklahoma. It turned out to be a great decision.

As we pulled into the Chickasaw National Recreation Area we spotted our first Bison. Then we hit the Nature Center which was fun and educational for all of us. Morgan and Derek made us test them on their knowledge of each animal mount in the center.

Later we headed to the campground and found a nice site with a lake view…but of course no phone coverage.

The next morning Marcy took one for the team and worked all day from the McDonald’s in town. No lake view, but great wifi. The kids and I headed out to explore the park, but of course they fell asleep on the 10 minute drive into the park. Such is life and I’m learning to embrace it rather than fight it. I parked the van, opened the doors and enjoyed a little quiet time.

When the kids woke, we had a snack by the lake and had a long chat with a bike rider that stopped to see the van. He was a 50 year resident of OK and was full of info. He recommended we head to the Wichita National Wildlife Refuge as we headed west.

As we headed back to pick up Marcy we saw a bunch of deer. We also stopped by an overlook to get a view of town. 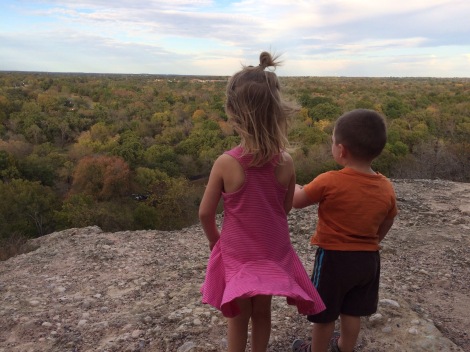 The next day we visited the Chickasaw Cultural Center to learn about the history of the Chickasaw Indians. The museum was very well done and even the kids enjoyed our stay. The museum also had a temporary exhibit of dugout canoes from Florida. However the lasting impression, especially for Morgan, was why did we make them move away from their homes. It’s easy to read in a history book, but try explaining that to your four year old. It just doesn’t compute for them that anyone would do this to another family.

We also enjoyed the living village and Marcy and the kids joined in some traditional Chickasaw dances. 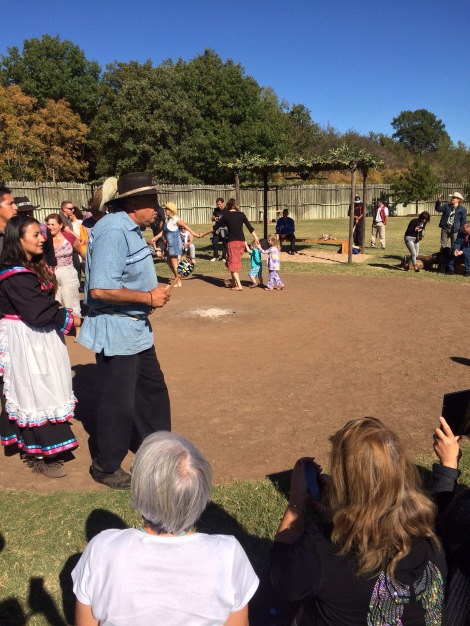